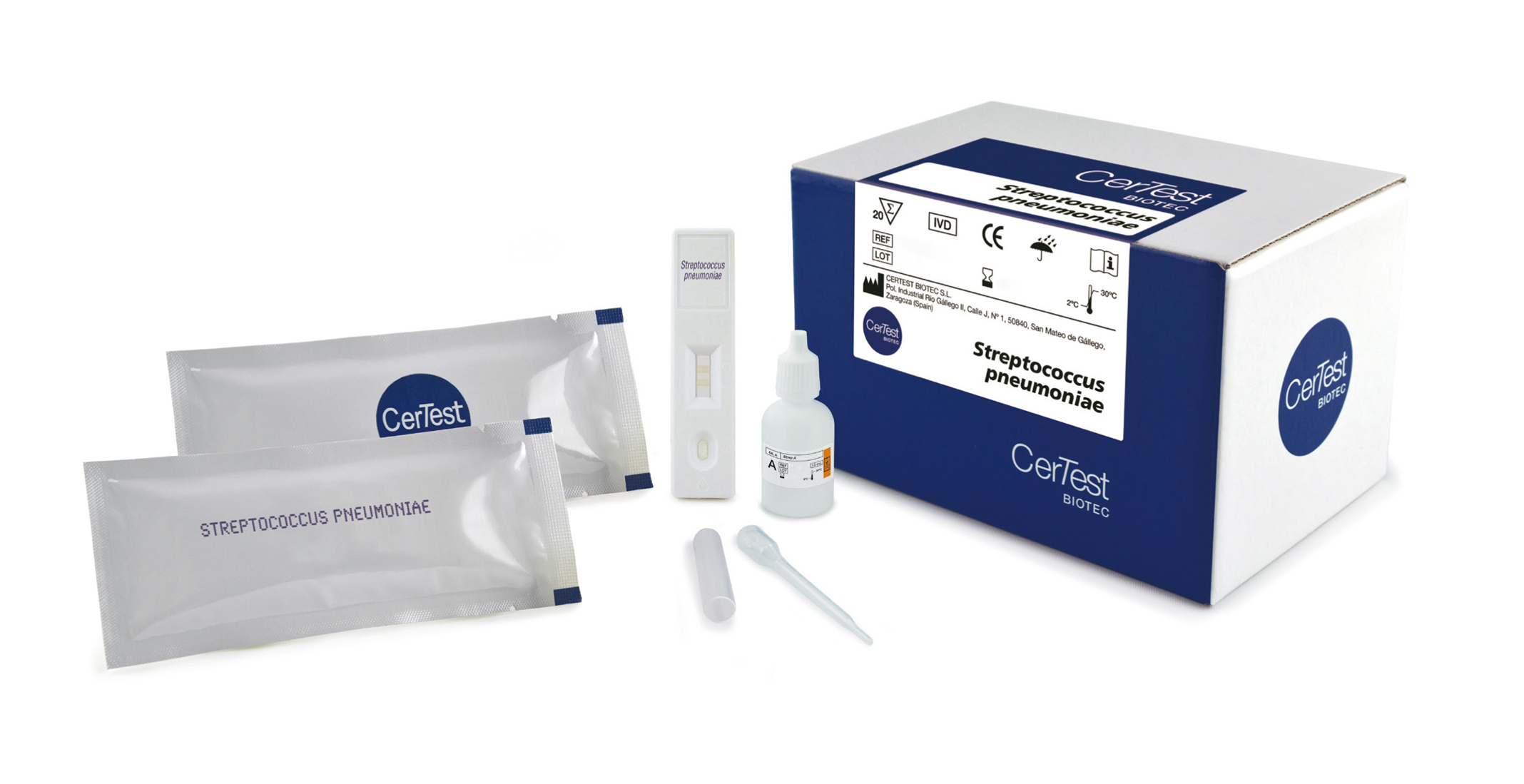 CerTest S. pneumoniae one step card test is a coloured chromatographic immunoassay for the qualitative detection of Streptococcus pneumoniae in human urine samples.

Gram positive bacteria, Streptococcus pneumoniae is one of the most important pathogen that affects mainly children and elderly and can cause life-threatening diseases.

The test is rapid, giving a result in 15 minutes, and utilizes a urine specimen which is convenient for collection, transport, and subsequent detection of early, as well as later, stages of disease.