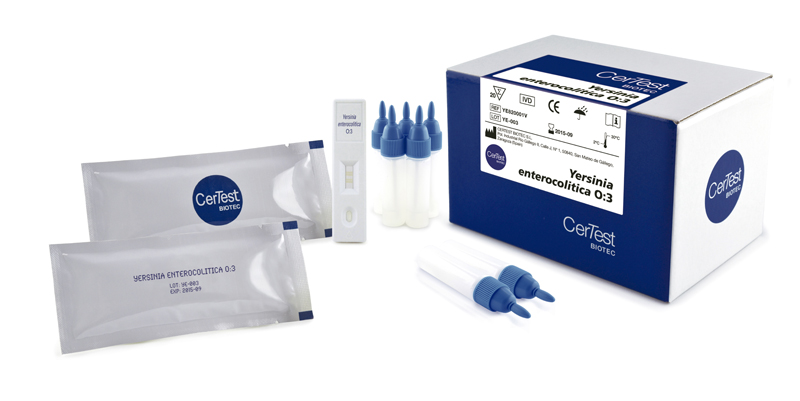 Only Yersinia enterocolitica (Y. enterocolitica), a Gram-negative, oxidase-negative, and facultatively anaerobic species, is highly heterogeneous and can be divided into several bioserotypes, only a few of which are known to associate with human disease.

Six different biotypes (biotype 1A, 1B,2-5) and numerous serotypes of Y. enterocolitica have been described. Eleven of those serotypes have frequently been associated with infections in humans. Most Y. enterocolitica strains associates with human yersiniosis belong to bioserotypes 1B/O:8, 2/O:5,27, 2/O:9, 3/O:3and 4/O:3.

Yersinia enterocolitica is a common pathogen for both humans and animals. Infection with Y. enterocolitica can cause a variety of symptoms depending on the age of the person infected. The predominant clinical feature is abdominal pain and diarrhoea with or without fever. Arthritis and erythema nodosum are common complications.

Infection with Y. enterocolitica occurs most often in young children. Common symptoms in children are fever, abdominal pain, and diarrhea, which is often bloody. Symptoms typically develop 4 to 7 days after exposure and may last 1 to 3 weeks or longer. There is indirect evidence that foods particularly pork products, are important sources of human infections.

The epidemiology of Y. enterocolitica infections is complex and poorly understood. Most cases of yersiniosis occur sporadically without an apparent source.

Y. enterocolitica is thought to be a significant food-borne pathogen, although pathogenic isolates have seldom been isolated from foods, except from edible pig offal. In case control studies, a correlation has been demonstrated between the consumption of raw or undercooked pork and yersiniosis. Genotypes of Y. enterocolitica strains found in humans, further supporting the association between yersiniosis and consumption of pork.