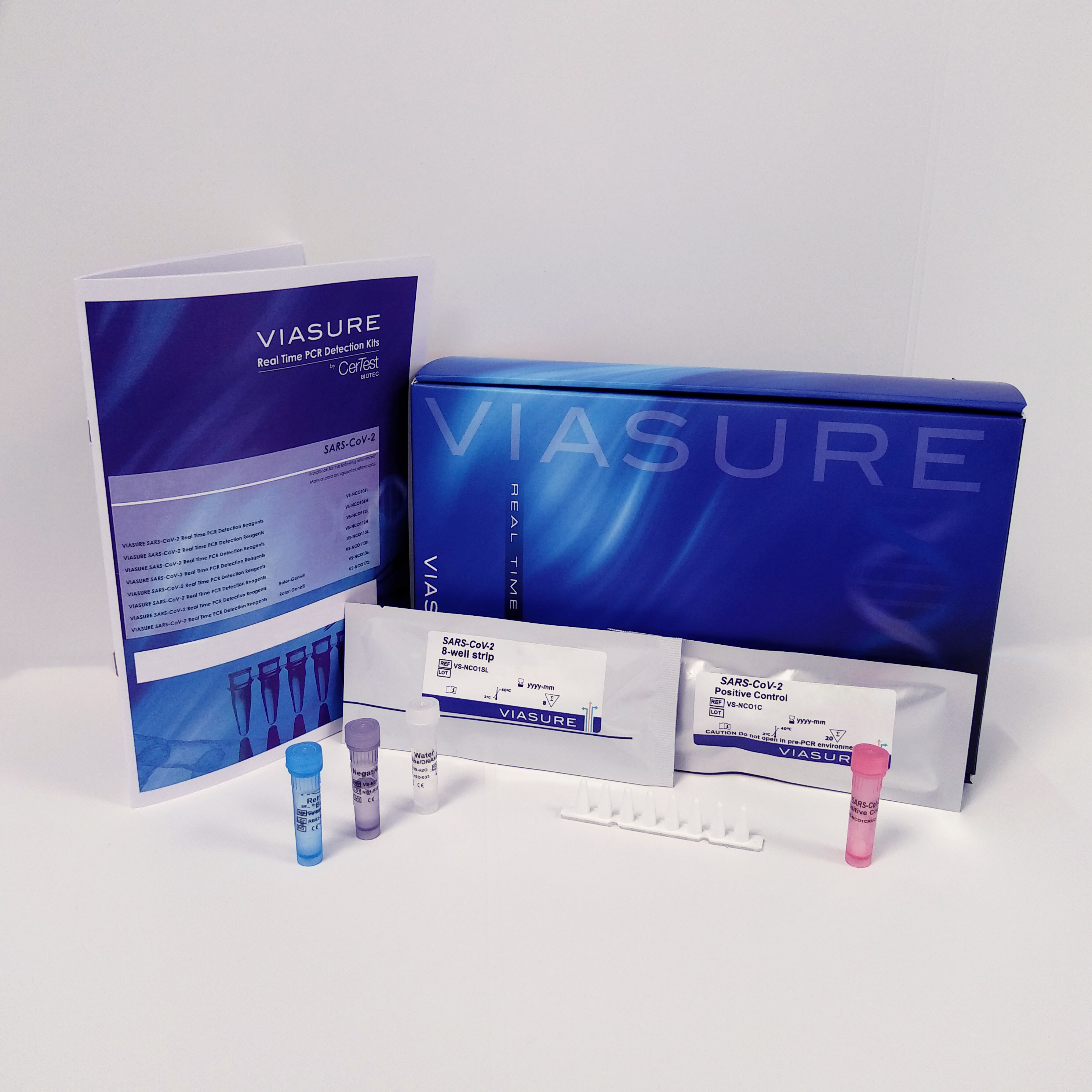 VIASURE SARS-CoV-2 & UK Variant (S UK, ORF1ab and N genes) Real Time PCR Detection Kit is a real-time RT-PCR test designed for the qualitative detection of RNA from the SARS-CoV-2 and the HV 69/70 deletion of the S gene for SARS-CoV-2 associated to the SARS-CoV-2 VOC202012/01 (lineage B.1.1.7) variant and other variants in nasopharyngeal swabs from individuals suspected of COVID-19 infection by their healthcare professional (HCP).

This test is intended for use as an aid in the diagnosis of SARS-CoV-2 as well as variants that carry the HV 69/70 deletion in combination with clinical and epidemiological risk factors.

On December 14, 2020, the United Kingdom declared an increase in the incidence of SARS-CoV-2 in some regions of its country associated with a new variant of the virus with a supposed greater transmission capacity.

By the end of December, this variant had been detected in 31 countries and territories in 5 of the 6 WHO regions.

One of the mutations is the deletion at positions 69-70 in the spike protein.

Detection of the HV 69/70 deletion is of great importance since it has been related to immune leakage in immunosuppressed patients and to increased viral infectivity.