The different PCR tests developed by CerTest Biotec for the identification and diagnosis of SARS-CoV-2 detect the virus in any of its variants, including the so-called British, Brazilian and South African strains. The use of these PCR tests continues to be the main tool to make an accurate diagnosis of the disease, as well as to establish the appropriate medical treatment. 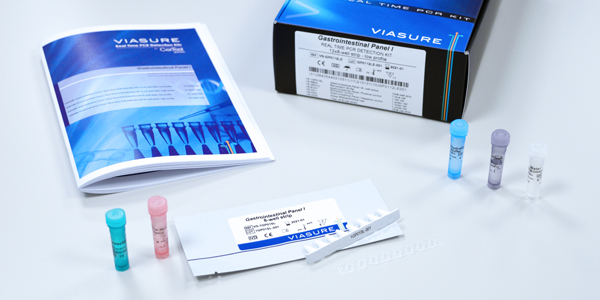 CerTest Biotec became the first Spanish company to launch a PCR diagnostic test for SARS-CoV-2 last March 2020. Since then, the biotechnology company based in San Mateo de Gállego, Zaragoza, has not stopped working in the supply of this test, prioritizing national demand from the beginning in collaboration with PALEX Medical, S.A. and launching new versions of the PCR test that also differentiate the infection caused by the new coronavirus from other respiratory diseases such as Influenza or Respiratory Syncytial Virus, whose symptoms are very similar.

Thanks to the logistical and technical organization of PALEX, which has completely devoted itself to supporting the health system, more than three million PCR tests for the diagnosis of SARS-CoV-2 have reached hospitals, clinics and private laboratories throughout Spain during the pandemic months.

A few weeks ago, it was revealed that SARS-CoV-2 had new variants, named according to the country in which they were first detected, such as the British or Brazilian strains. The first one has already spread to more than 55 countries. Faced with these new variants, CerTest has carried out validations of its PCR tests on them, revealing the expected results that confirm that the VIASURE Real Time PCR Detection Kits identify the new variants of the SARS-CoV-2 virus in the patient sample.

Nelson Fernandes, Managing Director from CerTest Biotec, explains that “actually, differentiating the different strains from the SARS-CoV-2 has mainly epidemiological purposes. Our PCR tests diagnose the SARS-CoV-2 in any of its variants with maximum sensitivity, as required at the diagnostic level. Differentiation itself does not provide a greater medical value than an accurate and early diagnosis. A correct diagnosis means starting the possible treatment and action measures on the patient earlier. In addition, the analysis laboratories, already saturated, demand reliability in the diagnosis above knowing the variant of SARS-CoV-2.“

However, within the company’s commitment to innovation, development and continuous improvement, since these new SARS-CoV-2 variants were released, CerTest Biotec is already working on a new complementary PCR assay, capable of differentiating between the different new variants appeared, including the British one, which will be of great help to establish epidemiological statistics and to understand the evolution of the pandemic and the spread of these variants. The company will release this new assay in a few weeks.

Both CerTest Biotec, S.L. and Palex Medical, S.A. are open to answer any questions through their usual contact channels.