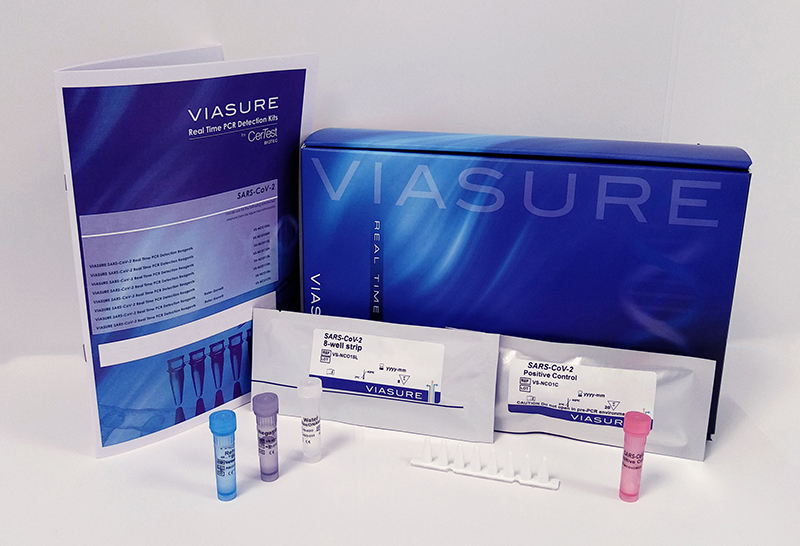 VIASURE SARS-CoV-2 & UK Variant (S UK, S and N genes) Real Time PCR Detection Kit is a real-time RT-PCR test designed for the qualitative detection of RNA from the SARS-CoV-2 and the HV 69/70 deletion of the S gene for SARS-CoV-2 associated to the SARS-CoV-2 VOC202012/01 (lineage B.1.1.7) variant and other variants in nasopharyngeal swabs from individuals suspected of SARS-CoV-2 infection disease (COVID-19)by their healthcare professional (HCP).

On December 14, 2020, the United Kingdom declared an increase in the incidence of SARSCoV-2 in some regions associated with a new variant of the virus with a supposed greater transmission capacity. This variant, called VOC202012/01 (B.1.1.7) presented 23 different mutations: 13 non-synonymous, including a series of mutations in the spike protein (S), 4 deletions and 6 synonymous. By the end of December, this variant had been detected in 31 countries and territories in 5 of the 6 WHO regions. One of the mutations is the deletion at positions 69-70 in the spike protein.