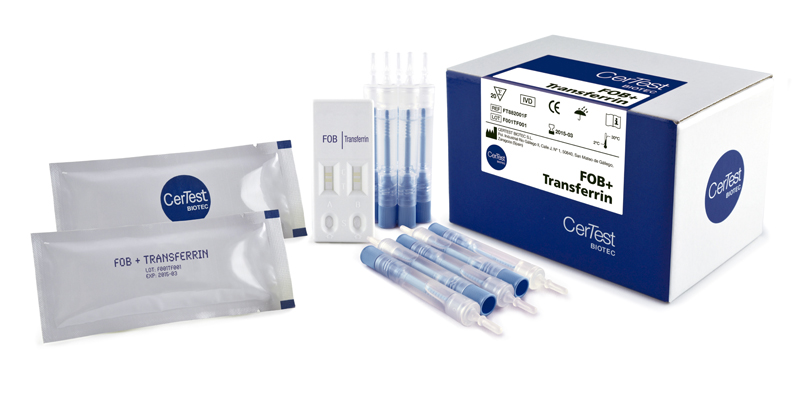 Haemoglobin is the iron-containing oxygen-transport protein in the red blood cells of all vertebrates that may be leaked into gastrointestinal tract and then discharged with the feces in gastrointestinal bleeding diseases.

When gastrointestinal blood is lost, the stool will contain a combination of intact or nearly intact haemoglobin, intact heme and heme-derived porphyrins in amounts that depend on the site, the amount of bleeding and the transit time through the gut. Immunochemical tests detect intact or nearly intact human haemoglobin, being a very specific technique to detect the loss of blood from the lower intestine, because blood from lower sites is less degraded during transit.

The haemoglobin is unstable in faeces, leading to false negative results. The detection of faecal transferrin, which is more stable than haemoglobin, provides an alternative way of diagnosing the disease in the upper digestive tract.