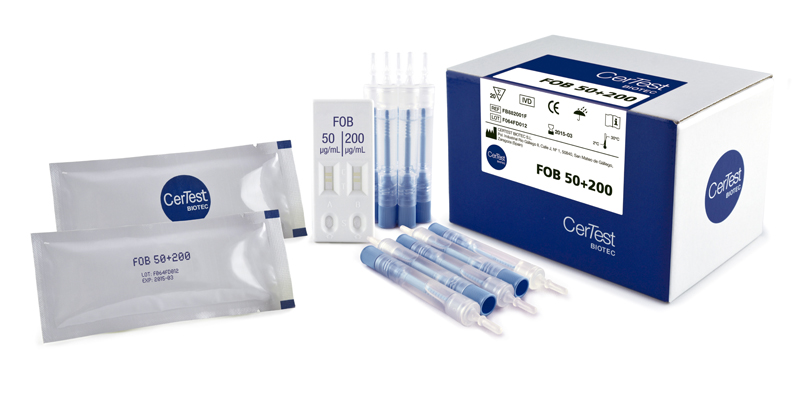 CerTest FOB 50 + 200 one step combo card test is a coloured chromatographic immunoassay for the semi-quantitative detection of human haemoglobin (hHb) in stool samples to the following cut-off values: A: 50 ng/mL and B: 200 ng/mL.

Haemoglobin (hHb) is the iron-containing oxygen-transport protein in the red blood cells of all vertebrates that may be leaked into gastrointestinal tract and then discharged with the faeces in gastrointestinal bleeding diseases.